Description from CTBikeRoutes: This 101-mile ride drops down to the shoreline in Old Saybrook by way of Deep River and Essex and passes through Otter Cove en route to the Baldwin Bridge bike path.  After crossing to the east side of the Connecticut River via the bike path, the route heads east to the turnaround point at the former Seaside Regional Center generally following Route 156 (smooth with wide shoulders) with side trips into the Department of Environmental Protection’s Marine Headquarters, Rocky Neck State Park, Giants Neck and Black Point.  On the return the route also follows Route 156 for several miles before taking an inland route to the suggested lunch/snack stop at Hains Park at the south end of Rogers Lake on Route 1 in Old Lyme. Continuing, the ride takes a circuitous route back to the Baldwin Bridge and once on the west side of the Connecticut River, it heads into Old Saybrook en route to Saybrook Point, a tour of Fenwick, and a quick look-in at Cornfield Point before returning quite directly to the CPL.

This fully supported tour begins on Le Petit Train du Nord, a 125 mile rail-trail running through the Canadian Laurentides to Montreal, with gorgeous scenery, charming towns, and nostalgic train depots. From Montreal we continue to the USA border where we'll cycle across the Champlain Islands before ending in lovely Burlington Vermont.
Dates: July 18-25; Sept. 19-26, 2020
Visit: CycleTheUSA.com 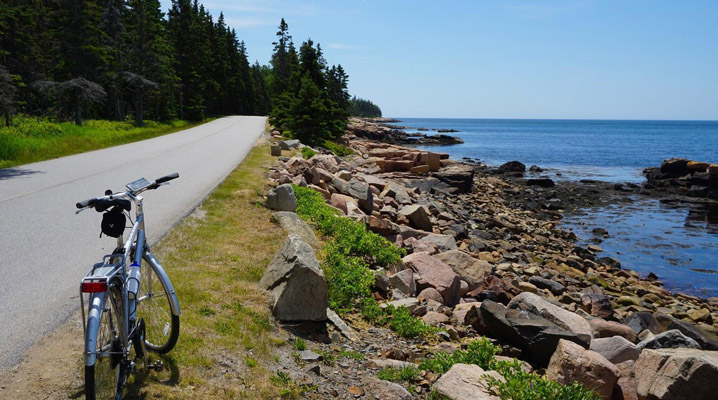 Carved by ice, wind and sea, the result is the unique and exquisite beauty of Acadia National Park. Acadia offers such a variety of beauty that the only way to truly appreciate it all, requires a multisport adventure. Join us as we pedal, paddle and hike this amazing place!
Dates: Aug. 9-15; Aug. 23-29, 2020
Visit: CycleTheUSA.com

Point to Point is now a Virtual Ride

RUN OR RIDE TO HELP FIGHT HUNGER, starting at the State House Lawn, Montpelier, VT. Register for this year’s Point to Point, a riding and running event that raises funds and awareness for the Vermont Foodbank’s mission to end hunger in Vermont. Choose from a Century, Metric Century,25 mile Road Ride, 40 mile Gravel Grinder or a Half Marathon Run.
Date: Saturday August 1, 2020
Go to: thepointtopoint.org.