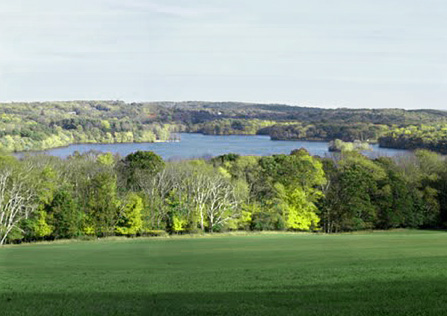 Description: This ride heads from Bradford (a historic village in South Haverhill) to nearby Groveland, then continues through Boxford State Forest on quiet local roads not often travelled on NSC routes. The short and medium rides turn back toward Bradford without crossing Rt. 114. The long route continues in a loop around Andover with a few urban streets and is very similar to the “Hills and Dales from Ballardvale” ride.

The Ponds: You’ll ride by several ponds on this ride (depending on distance chosen) including:

The Forests: A short distance after starting you’ll ride for 13 miles of roads through Boxford State Forest and Harold Parker State Forest.

The Hills: Expect rolling hills and moderate climbs. The short route has the easiest terrain, while the long route has a few steeper hills. This ride passes near the Bradford Ski Area, also known locally as “Bradford Bump.”

Ride developed by Gordon Harris and is no longer offered by North Shore Cyclists.